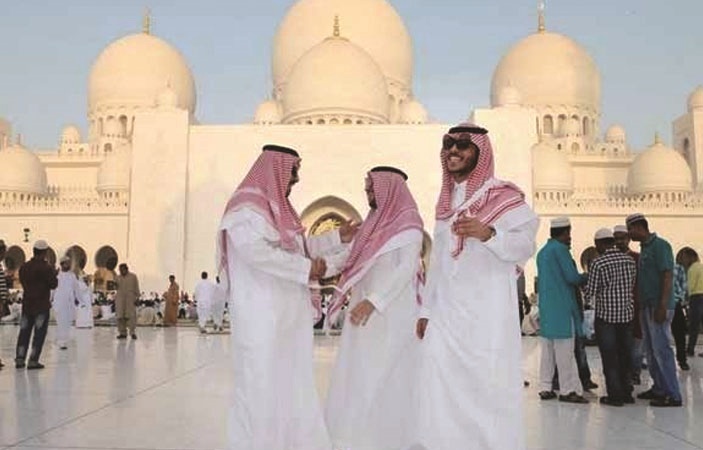 Eid ul Adha is being celebrated in Saudi Arab, and various other countries of the world, today on 21 August.

BeEducated.pk recently told you about the 9 Eid Holidays in Saudi Arab, during which pilgrims performed Hajj and other religious duties and now they are celebrating Eid ul Adha.

In Saudi Arab and Gulf Countries, hundred thousands of people offered the Eid prayer in Masjid-al-Haram and Masjid-an-Nabwi, where huge congregations were held for Eid-ul-Adha. While Muslims are also sacrificing animals to observe the Sunnat-e-Ibrahimi, the act of Hazrat Ibrahim sacrificing his son Hazrat Ismail when in turn God ordered him to sacrifice an animal instead of his only living son.

Similarly, our Muslim brothers in Khyber Pakhtunkhwa (KPK) are also celebrating Eid ul Adha, maintaining the tradition of two Eids in the country with a day’s difference. Also, Afghan refugees living in KPK are celebrating Eid under tight security arrangements for their security.

On the other hand, Muslims are celebrating Eid ul Adha in the United States, Australia, Indonesia, New Zealand, Malaysia, Europe and the Middle East.

Eid-ul-Adha will be celebrated on 22 August in Pakistan, while people might have to go back to work on the third day of Eid (24 August) in most parts of the country. Various individuals have asked the government to change its decision for 3 holidays but other than the Balochistan government no other establishment has notified about any changes for other provinces. For latest news and updates about Eid holidays for this year, keep visiting our website as much as possible.