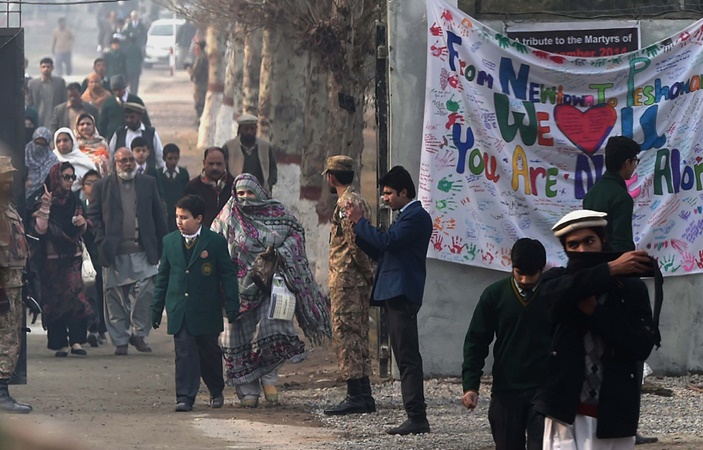 As the government and private schools of the Punjab province reopened a day next to the Independence Day.
A government sector school teacher told media sources that School Education Department (SED) had not informed schools regarding any extension of summer holidays.
He said he had heard reports in this regard from different news sources.
“Security was cited as the cause for the extension,” he added. “Actually, the government is not satisfied along with the security arrangements. The SED had publicized vacancies for guards however apparently not all posts were filled.”
Imran Habib a father of two children studied in the government school was not willing to send their children in the school to the security crisis.
He furthermore said that, “Children are being reported kidnapped every single day. We are also afraid of terrorist attacks. I really don’t want to send my kids to schools in such a condition. Even if the government does not extend summer holidays, I will still not send my children to school for some days.
So an inspecting operation shall be initiated all over the educational institute of Punjab. This is to insure the fool proof security of Punjab institute.
District Coordination Officers (DCO) have also been instructed to take security steps keeping in view the security concerns related to the educational institutes in the province.
According to the sources the investigation program shall be soon started and take place around the institutes of Punjab that are under the A and A – category according to the first samsung phone price in pakistan campaign where as other educational institute of Punjab shall be gradually make the part of this actions.
Letters have been delivered by the home ministry to the different security agencies as well as institutes in this respect. On the other hand, the provincial government has instructed the heads of the educational institutes to hand over children to their parents or close-ones when the school closes after certifying proper identification.