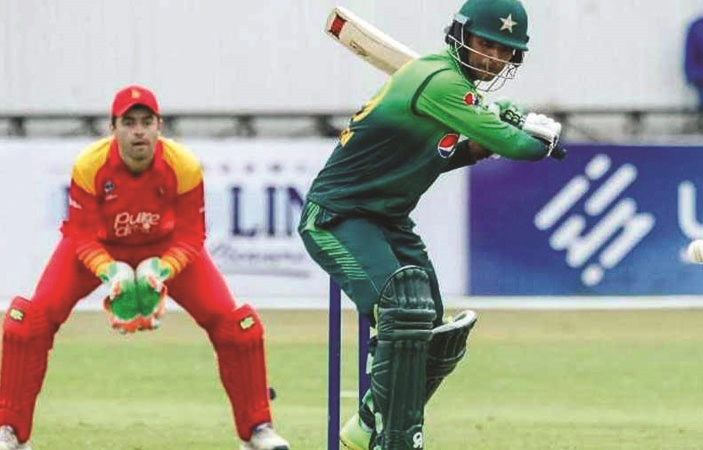 Fakhar Zaman has scored a smashing double-century in ODIs, in a great clash on the fourth One Day International against Zimbabwe in Bulawayo.

Fakhar Zaman and Imam-ul-Haq have created a world record for the highest opening partnership in ODI’s. The pair surpassed the 286 runs record, they went on to add 304 runs in 43 overs. Imam struck four runs and was knocked out on 113 runs on 122 balls with the help of Zaman.

BeEducated.pk wants you to know that Fakhar Zaman will become the first player to reach 1000 runs in 20 innings if he makes 20 runs more in the next three innings as he has scored 980 runs from just 17 innings in ODIs at the average of 75.38.

Former captain Ramiz Raja took to twitter to express his desire for his county player to look for double-century in ODIs asking "why isn't a Pakistan batsman looking for a 200!!"

Days after his tweet Fakhar Zaman scored 210 runs in the fourth ODI against Zimbabwe to become the first Pakistani batsman to score a double-century in ODI. Ramiz Raja quickly responded to him with a latest tweet, saying; "Now we are talking!! Salute and standing ovation."

On Social media people are wishing Fakhar Zaman for his tremendous batting and people are calling Ramiz Raja a “fortune teller” for his prediction. For more news and details keep visiting our website regularly.