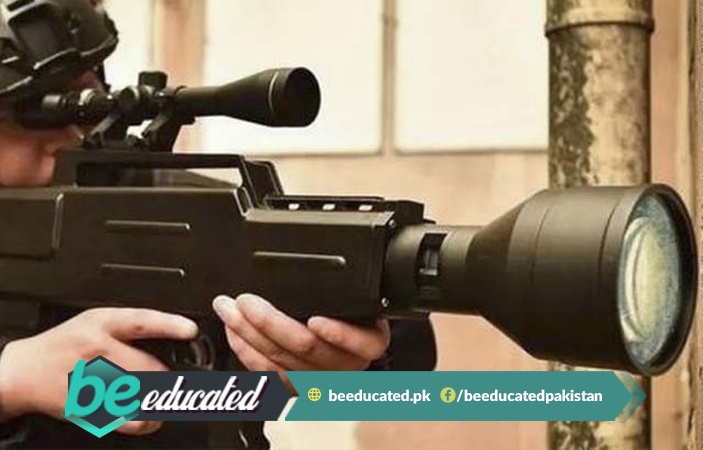 China claims to make a laser gun like Kalashnikov, which can burn human body and clothing by the distance of 800 meters.

According to the South China Morning Post, a company named ZKZM has made this fearful weapon that is said to be named “Laser AK-47”. The newspaper has claimed that the laser rays of this rifle are not visible to the naked eye, but it can deeply burn human skin within a few moments.

The Laser Weapon Is Extremely Light For Its Complex Function

BeEducated.pk found out that the laser rifle only weighs 3 kg, which operates using a charged lithium ion battery and can fire up to 1000 shots; where each shot is two seconds long.

On the condition of not releasing his/her name, a scientist working on the laser gun told that the pain inflicted by the laser gun can be unbearable, but other details of this weapon were not reported.

American analysts are calling this invention just a claim because it is not possible to install such a powerful laser system in a small gun as it requires a very complex design for this type of laser. Even scientific laws do not allow it for a small lithium battery to power such a powerful laser.

Releasing a video, a Chinese specialist working on this project has tried to answer all the questions about laser guns. According to that specialist, instead of killing the criminals, and the enemies, this laser weapon will be only used to make them helpless temporarily. The expert further explained that the laser can be extremely helpful in targeting abductors and hidden terrorists.

The ZKZM Company is owned by a scientific organization and the company has said that it is working on its commercial model and the price of one gun will be Rs 16 lakh (15,000 dollars). However, it will be issued to Chinese police and other armed forces before anyone else.

Only last month, this new rifle’s technical documents and details has been issued among China's Citizen and Military Relations Agencies. Earlier Chinese military experts also announced development of laser machine guns. So far, this gun is not known to be deadly and just burns a part of the body causing extreme pain to the person being shot. To get more interesting news keep visiting our platform as much as possible.